When I outed myself and admitted my depression, several friends and acquaintances reached out to me to disclose that they are going through the same thing.

Some people who are the same age as I am thought it’s the phase of us going through our big 4-0 that made us feel this way and that it’s just that – a phase that we have to go through.

You’ll be surprised to find out that those who have sent me private messages on my social media and in my messengers and some who even called me to admit that they have depression, ranged from ages 15 to 40.

I’m not a pro in this and like them, I’m still going through it. All I could offer is my time to listen (I may talk a lot but in moments like this, I’m helluva good sounding board), share what I’m going through or point them to the right direction of people and places who can help them.

I wanted to write about this and share what I’ve been through, what I’m going through and how I’m trying to deal with it, not because I wanted the attention or the sympathy of others. In fact, as much as my friends coaxed me to talk about it, I preferred not to. I gave the dossier to the closest circle of mine when we celebrated my birthday in Bali but I talked about it (at least those that I can share) only once and that’s it. That’s the first and last time that I wanted to talk about the deets.

I wanted to stop writing about it, but in the past few weeks that I was talking to a friend who is currently going through depression, I realized that outing myself paved the way for others to reach out to me, because they found someone who they can relate with, who will understand, who they can trust and who will not judge them.

What we are going through ain’t pretty and it definitely ain’t a choice because if you ask me, I wouldn’t want to be in this rabbit hole over and over again.

These people I talked to, some of them were the paragon of happiness. At least on the outside. You’d see them laughing, engaged in conversations, sociable, participating and even spearheading social events. Some are even the life of the party, lighting the room by their mere presence. They’re your friend, your officemate, your kumare, your kapatid, your relative, probably even your partner.

I remember one early Saturday morning, I woke up to an FB message from a friend in Manila asking me to pray for her. She said she was already having suicidal thoughts, plotting how she can kill herself without it looking like suicide so that her family won’t hate her for it. I ended up spending my entire Saturday morning just talking to her and sorting out her thoughts and why she feels like this.

Another friend said she found herself just frozen inside her bedroom, not wanting to move at all, as she stared at herself in the mirror for an hour because she didn’t know what to do with herself. She kept asking: “Why is my life just a repeat of everything? It’s the same thing everyday and I want it to stop.”

She told me that in the office, she found herself just frozen, unable to move and sweating furiously, thinking that if she got up from her desk, her knees will buckle and fall.

A fifteen year old girl who I didn’t personally know gave me access to her private blog to show me her writings and illustrations on how she sees her depression. She told me she stopped school for a while and is currently on medication. We don’t talk about what she’s going through. She just wanted me to critique her writing and her drawings.

Very recently, another friend of mine spoke to me that she had to confront the invisible elephant in her room and admit that she’s depressed. It took her almost a year to finally admit it to herself.

Another guy friend – and this one surprised the hell out of me – came out that he’s having panic and anxiety attacks, to the point that he’d bail on social obligations because he’d rather be alone. Most of our friends think he’s just a flaker who didn’t value his social commitments to our circle. He was recently diagnosed with clinical depression. I’m the only one who knows.

In conversations, we normally end up comparing notes.

In trying to make light of the situation, sometimes we’d end up laughing at the silly things we go through.

Personally, I swung back and forth. There were times that I’d barely have 2 hours of sleep. At times, I slept my way through for 14-15 hours, which wasn’t normal for me because my average is 7.

That time when you didn’t want to do anything, not even take a bath? Yes. Gross but I went through it.

Until now, I catch myself (or my husband does) biting my fingernails when I’m feeling anxious, and the littlest and most mundane things can be a trigger.

There will be days, weeks and even months that things will be fine, until one day, I just wake up in the most miserable state of helplessness and hopelessness.

Believe you me, I try. Except for medication, I tried everything to make things better. I got into yoga, I went back to weight and cross-fit training with a personal trainer, essential oils (helped me regulate my sleep) and I openly deal with my bouts of depression. I pause and try to declutter my cobwebs of thoughts whenever I go through it again.

The people who came to me to talk about their situation are the toughest nails and most resilient that I know. You wouldn’t even know when you come across them that they’re going through it.

A girlfriend told me that her friends were surprised that she was depressed. “Hindi ka mukhang depressed,” [You don’t look depressed] they said.

Well, people, the thing is, depression has no face. If you see me and if you know me personally, you wouldn’t think that I went through it.

Would you think of this person as depressed? Yep, ‘didn’t think so.

Depression has no face and depression can hit anyone – even that someone who seems to be the happiest person on earth.

This blog post’s message is more for those who are going through it and those who reached out to me in confidence.

Thank you for trusting me. We may not be that close or I may not be your best friend, but you found comfort in reaching out to me.

What you’re going through is not easy and I know there are days, and there will be moments that you will feel you want to give up.

Tell yourself this, and believe me that it is true and it will be true:

You will be alright.

Even in the worst of worst days, tell yourself in the mirror: You will be alright.

But it all starts in making that choice. Everyday.

You will be alright.

2 thoughts on “Depression has no face.” 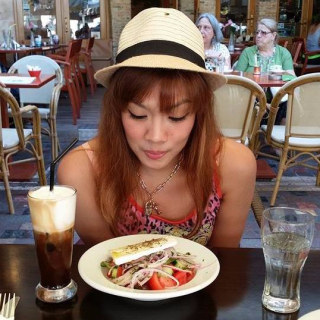